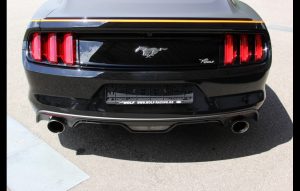 Vehicles nowadays are equipped with advanced features compared to other models developed years ago. Like the human body, vehicles are also composed of different systems. These automotive systems include the electrical system, engine system, electrical system, steering and suspension, and the exhaust system. All of these components perform different roles that enable an automobile to function properly.

One of the components of the exhaust system is the manifold or header. The main purpose of the manifold is to gather the burnt gases from multiple cylinders in the internal combustion engine and place it into a single pipe. The header is an alternative name for the manifold, and these are specially designed to enhance the performance.

Let us, for instance, say the exhaust system of your car. What will be your reply if someone asks you that what is an exhaust system? Being a layman, you will reply that it is a kind of system that is used for throwing out smokes and a smell that emerge at different places as an impact of different activities conducted inside that specific place. Undoubtedly, your reply is correct to a huge extent, because since our childhood we have seen exhaust fans installed in different portions of our house, especially in the kitchen and washroom.

But, do you know that exhaust system that is also installed in the beloved car that you drive to your office every morning also performs the same function and throws out poisonous gases from your car that generated while driving. Sure, being an expert driver you must be aware this fact, but like most of the car owners you would not have paid any attention towards it and would have considered it only as a part that is used for checking the level of pollution, that whether it is polluting the environment or not.

Interestingly, along with disposing of the hazardous gases out of the vehicle the system also helps in minimizing the sounds that are generated during the transmission. It can be said that the exhaust system indirectly acts as the safety device for your vehicle as it transits carbon monoxide just from the point that is behind the seats for rear passengers.

It would be interesting to know that there are some of performance exhaust suppliers of the exhaust system across the world from whom you can buy a huge range of magnificent exhaust systems, including hand-made exhaust manifolds, systems, and mufflers, headers, etc. depending upon the type of car owned by you. In-case if you own a vintage car, these suppliers can even develop the system that will exactly meet the exhausting requirements of your car.

Fire means the controlled explosions produce smoke and smoke or emissions in the car’s engine. The exhaust system of a car is supposed to remove these emissions and clean them as much as possible before releasing them in the atmosphere. When the car’s exhaust system does not do this job, then it has to be replaced.